Charity walk from Cathedral to Cathedral! 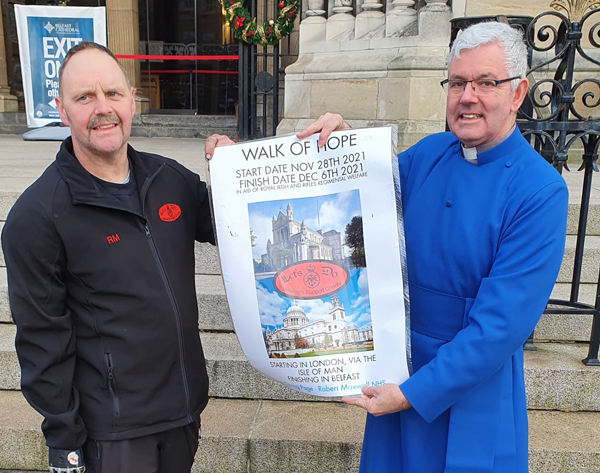 Robert, from Co Down, is a former Royal Irish Ranger. He set out from St Paul’s Cathedral, London, on his ‘Walk of Hope’ on November 28, raising funds for the Let’s Do veterans’ support charity.

His route took him via Liverpool and the Isle of Man, and funds raised will support wounded or disabled veterans of the UK Forces to take part in active and challenging trips and activities to support rehabilitation – Robert himself has lost an arm.

He finished his walk on December 6, and called in on December 15 to meet Dean Forde for an official ‘finished!’ photo.

Find out more about Let’s Do, or support Robert’s fundraising efforts HERE. 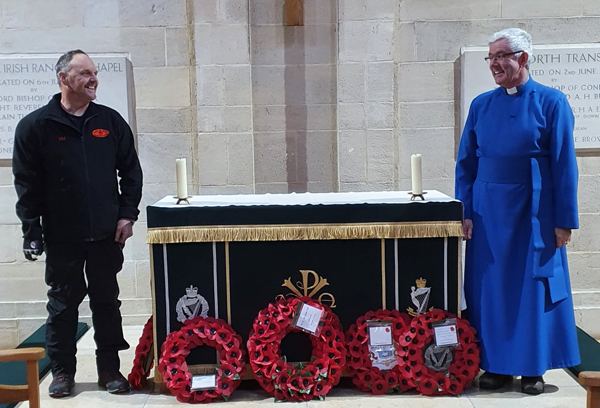