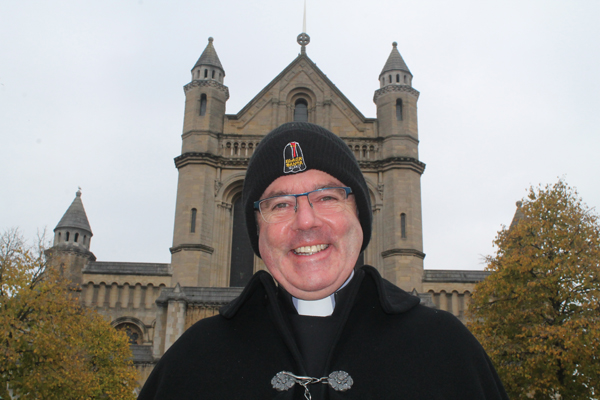 The 2021 Black Santa appeal at Belfast Cathedral has raised £150,000 to support the vital work of charities across Northern Ireland.

This will be distributed to around 200 organisations at the annual Good Samaritans Service, which returns in person in St Anne’s on February 6 – the 2021 service was held virtually due to Covid-19 restrictions.

The 45th Black Santa Sit-out on the Cathedral steps began on December 13 and continued until Christmas Eve.

“The £150,000 total exceeded my expectations in a year of restricted footfall, and when many of the Cathedral’s major events had been cancelled because of the Covid restrictions.”