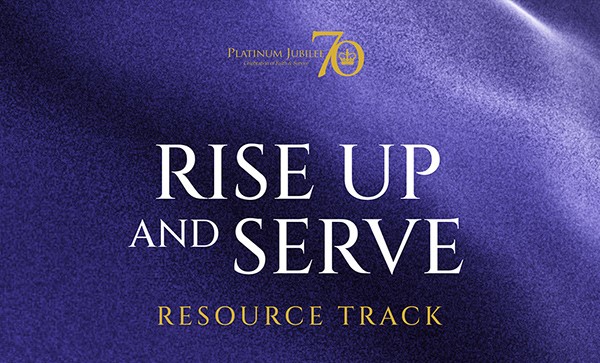 Choirs are invited to record a specially-written Platinum Jubilee anthem to be released on YouTube featuring choirs from around the world.

The competition, supported by Premier Christian Radio, will bring together choirs from around the Commonwealth.

The new anthem ‘Rise Up and Serve’ has been commissioned by HOPE Together and partners, and written by song writers Graham Kendrick, Mal Pope and the contemporary worship band Rend Collective.

The lyrics, music and resource track are available at theplatinumjubilee.com/sing, so choirs can start to practise this new song for the Queen’s Platinum Jubilee, to honour the Queen’s 70 years of faith and service.

Competition winners will be chosen for the YouTube video, which will feature choirs from around the Commonwealth singing the new anthem. The video will be produced by Les Moir from the Word & Worship Trust who played a significant role in bringing together The UK Blessing, which has been watched by nearly five million people.

Churches are also invited to bring their communities together to sing the anthem at street parties and special events over the Platinum Jubilee Bank Holiday weekend.

The competition deadline is Monday March 7.