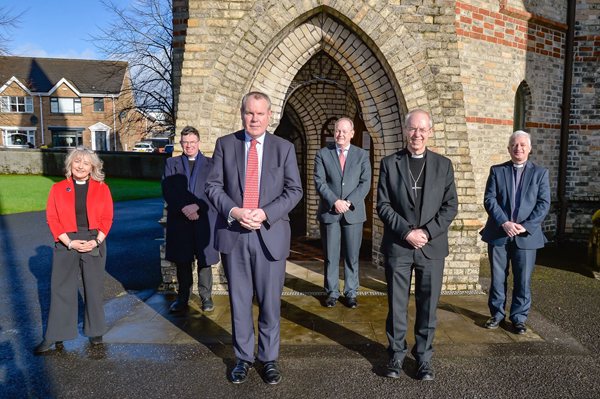 The Archbishop of Canterbury, the Most Rev Justin Welby, and his chaplain, the Rev Tosin Oladipo, joined the congregation at St Matthew’s, Shankill, for worship on Sunday February 6.

They were visiting Belfast to take part in the annual 4Corners Festival, and were invited to St Matthew’s by the rector, the Rev Tracey McRoberts.

Since rioting in nearby Lanark Way last April, Rev Tracey and Fr Martin Magill from St John’s (Upper Falls), one of the organisers of the 4Corners Festival, have been working together on a weekly basis and have had held more than 60 meetings with a range of people to discuss issues in the Falls and Shankill.

Fr Magill encouraged Rev Tracey to write and invite the Archbishop to speak to the people in St Matthew’s during this, their 150th year of mission and ministry in Shankill Parish.

Conor Burns, Minister of State for Northern Ireland, also attended the service having met with Rev Tracey and Fr Martin on a number of occasions. The Minister mentioned St Matthew’s, Fr Martin and Rev Tracey in The House of Commons Dispatches on Monday February 7.

Rev Tracey said: “The congregation felt honoured in their 150th year to be joined by the Archbishop.” 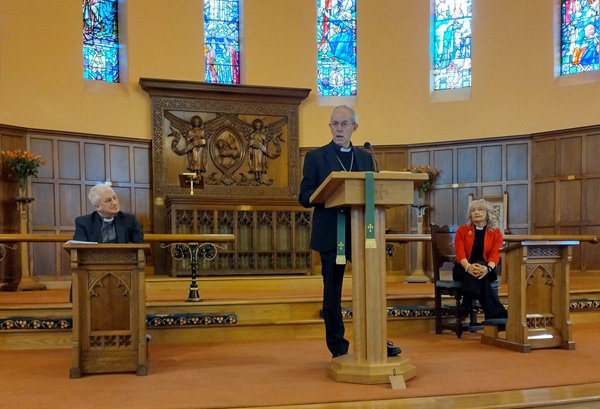 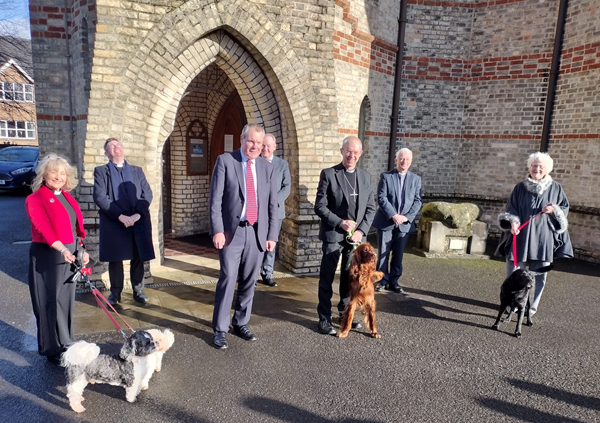