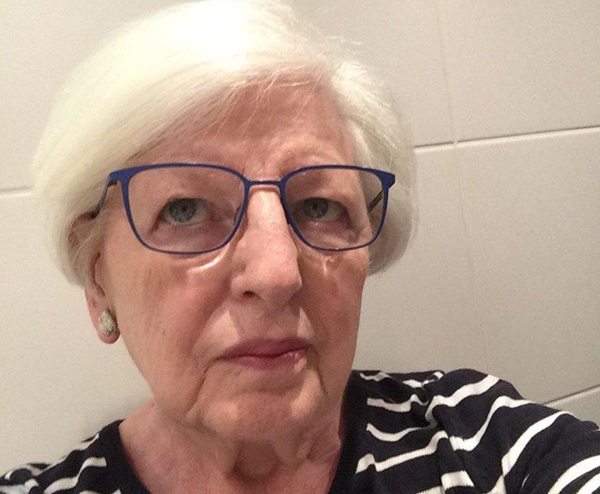 Jordanstown parishioner Mary Sinnamon is looking forward to a visit to Hillsborough Castle in the next few months to be presented with a British Empire Medal (BEM).

She received the award in Her Majesty the Queen’s New Year Honours List, in recognition of her services to education and the community.

A retired school principal and long-time member of Rotary, Mary, 81, and her husband Ronnie have been members of St Patrick’s, Jordanstown, since moving to the area from Monkstown in 1966.

She said the honour had come as a ‘huge surprise.’ “It was never something that was on my radar, I am still trying to get my head around it,” she said.

Mary began teaching in 1963, and spent the first 14 years of her career in Hopefield Secondary School in Newtownabbey before being appointed to Downshire Community School when it opened in 1977 in Carrickfergus.

She served first as its senior mistress, later vice principal, and in 1989 was appointed as head teacher – becoming the first female principal of a co-educational secondary school in the controlled sector of the (then) North Eastern Education and Library Board (NEELB).

Following retirement from Downshire School in 1998, Mary was recruited to the NEELB School Support Service to work on a part-time basis in the areas of management support and school improvement.

“In any school, the job is to create and deliver opportunities for young people and colleagues to develop, thrive and achieve personal excellence, whatever their starting point. The joy comes from watching that happen. Nothing gave me greater pleasure in teaching than recognising and affirming success in others,” she said

Mary was Carrickfergus Rotary Club’s first female member when she accepted an invitation to join in 1994. In 2001/2002, she was the first female president of a Rotary club in Northern Ireland.

“Membership of Rotary has been a great pleasure, offering me the opportunity to engage with local and international projects and be part of a group of people who, while enjoying each other’s company, work together to support local projects and charities concerned with the well-being of others in the community,” Mary said.

“It is the scope of Rotary as an organisation, as well as the fellowship, team work, and opportunity for community involvement which engages my interest.”

As Rotary District’s Probus liaison officer, Mary worked with other Rotary clubs to establish 10 new Probus clubs across the province.

She added: “I hope to be able to continue my voluntary work for as long as I am fit and the groups I engage with will have me!”

In her teaching days, Mary’s subject was home economics, and she later also taught art, something which she maintains an interest in. She has been a member of an art appreciation class for the past 12 years.

In Jordanstown Parish, she is a former churchwarden and Select Vestry member, and enjoys helping decorate the church for special occasions such as Harvest.

“I feel hugely honoured to receive the BEM,” Mary said. “I think back on all the individuals and teams I worked with during my career, and am grateful for them. They are the people responsible for me getting this.”