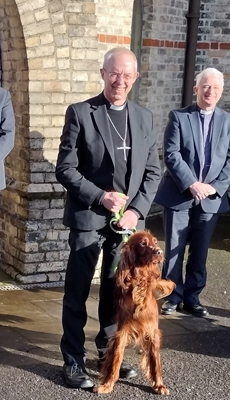 Archbishop Justin Welby and one of St Matthew’s four-legged friends.

When The Most Rev Justin Welby, Archbishop of Canterbury, preached in St Matthew’s Parish Church, Shankill, on February 6, the congregation comprised not only of parishioners, but some of their four-legged friends too!

It is normal for dogs to attend services in St Matthew’s, and the occasion of a visit from the head of the worldwide Anglican Communion was no exception.

The Archbishop of Canterbury and his chaplain, the Rev Tosin Oladipo, were in Belfast to take part in the annual 4Corners Festival, and were invited to St Matthew’s, which is celebrating its 150th anniversary, by the rector, the Rev Tracey McRoberts.

“We have dogs at all our services,” Tracey explained. “We are a church family and many families in the area have dogs so they are part of our worship to God every week.

“You have dog-friendly restaurants and we are a dog-friendly church. We have about five regular attenders. I’ve not had one complaint from any member of the congregation and the dogs behave very well.”

Tracey has two dogs of her own, Buzz and Rex, who accompany her to vestry meetings and worship. “They have always been made welcome in any congregation they have joined,” Tracey added.

“They run to the back door the moment they hear the word ‘church,’ and Rex is known to stand for the Gloria the moment it’s mentioned.”

She said Archbishop Justin had been very taken with the dogs at the service on February 6, which was also attended by Minister of State, Conor Burns. 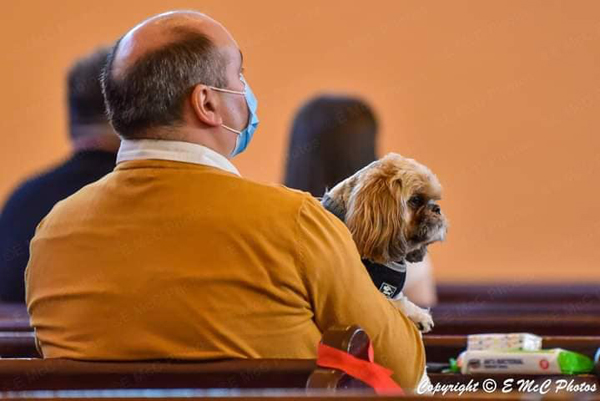 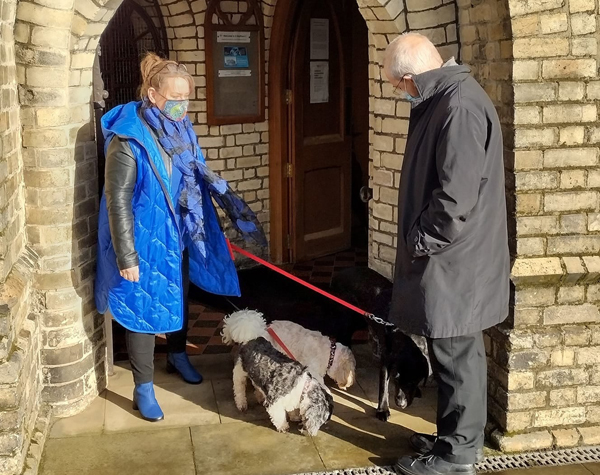 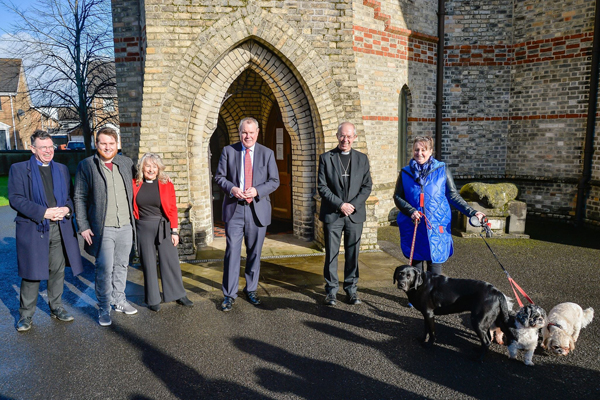