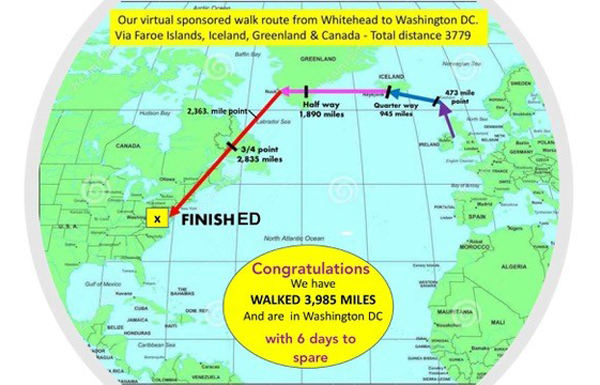 From Whitehead to Washington DC (via the ‘scenic route!’)

Parishioners in Whitehead and Islandmagee have successfully walked almost 4,000 miles, and have formed a special partnership with a church in Washington DC in the process.

Following last year’s virtual walk around the coastline of Ireland (they actually clocked up enough miles to lap the island two and a half times!) the parish set itself a target of walking to the USA between January 1 and St Patrick’s Day this year. Both walks were aimed at fitness and raising funds for the church.

Jo Pawson, rector’s churchwarden, said that parishioners had completed 4,180 miles between New Year and March 17 last year. “This year it was suggested at our Vestry meeting that we do a similar walk challenge to unite our congregation in a common goal, but I felt we needed more to make it come alive and be interesting,” Jo said.

“As I reflected on St Patrick’s Day and where it is often best celebrated, I thought of the Irish diaspora in the USA. It then seemed like the perfect solution to find another St Patrick’s Church in the USA that shared similar values and beliefs, to whom we could walk to and establish a meaningful friendship link.”

Online research led to St Patrick’s Episcopal Church in Washington DC. “We knew instantly that we wanted to get to know this congregation better. The rest as they say is history,” Jo said.

Having agreed on the destination of the virtual sponsored walk, the rector of Whitehead and Islandmagee, the Rev Canon Mark Taylor, suggested taking the ‘scenic route’ used by some of the early Christian missionaries, and this necessitated walking the equivalent of 3,779 miles between January 1 and March 17.

Each week, parishioners submitted the number of miles they had walked and these were plotted on the map to show how far the parish had covered on its journey. The route headed to the Faroe Islands, followed by Iceland, Greenland, and then over to Newfoundland in Canada before coming down the eastern seaboard of the USA. The walkers reached Washington DC with six days to spare! 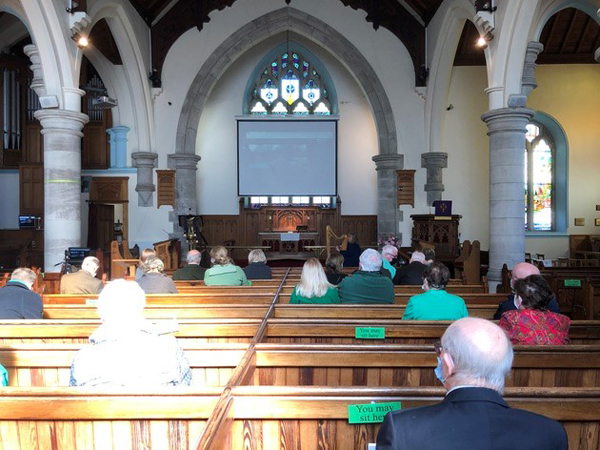 Many wore green for the service in St Patrick’s, Whitehead. Harpist Loreto McAuley is at the front.

“On Sunday March 20, it was agreed we would do a live link up between our two churches. Due to the four-hour time difference we held our service in Whitehead at 2pm, which meant our friends in Washington would be able to hold their service at 10am as normal. Everyone of course made a special effort to wear something green and the service was shared on a large screen with contributions from both congregations.” 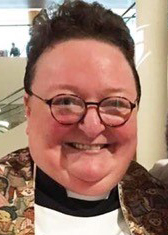 The Rev Dr Lisa Barrowclough who was celebrant at the joint service.

In Washington, the Rev.Kurt Gerhard gave the sermon, the Rev Dr Lisa Barrowclough was the celebrant. St Patrick’s, Whitehead, Music Director Loreto McAuley played some Irish tunes on the harp while Communion was shared at both churches.

Canon Taylor also took part in the service. “It was thanks to Canon Taylor that the technology all worked from our end and we had such an uplifting and celebratory experience sharing worship with St Patrick’s Episcopal Church, Washington DC,” said Jo.

“We have received so much from this particular church partnership. Not only have we been encouraged to keep fit by walking and raised sponsorship money for the church, we have also discovered the pleasure of making friends with fellow Christians thousands of miles away. A friendship we aim to maintain going forward.” 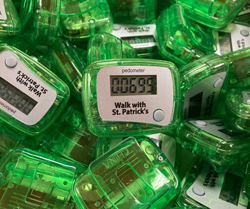 The pedometers issued by the church in Washington to parishioners to measure their walk to Whitehead.

Inspired by their friends in Co Antrim, the congregation in Washington DC set off on March 20 to walk virtually to Whitehead and all parishioners have been given (green) pedometers to encourage them. Jo said they have a target of reaching Whitehead by June 5. “We look forward to welcoming them then,” she added.

The joint service is available to watch on YouTube. 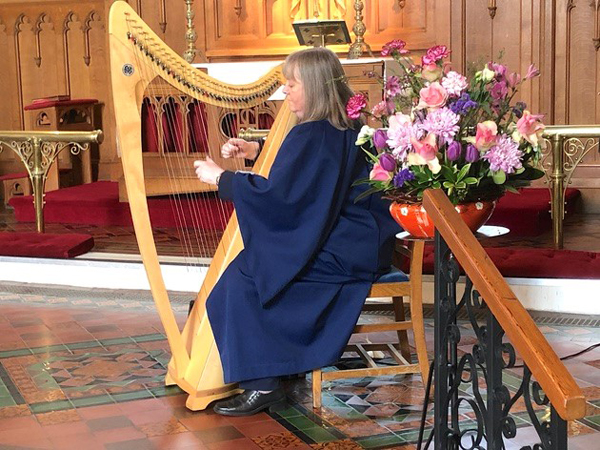 Loreto McAuley, Music Director at St Patrick’s, Whitehead, playing some Irish music for the Communion period in the joint service.