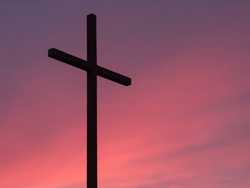 The following Easter message has been issued by Archbishops John McDowell and Eamon Martin:-

The joyful carol that we know as the ‘Carol of the Bells’ has its origins in a Ukrainian folk song which in ancient times was sung, not at Christmas, but at this time of the year to mark the fresh beginnings of spring. It tells the tale of a swallow flying into a home after the winter to promise the family a new season of joy, happiness and plenty.

It’s difficult to contemplate such a hopeful scene for the people of Ukraine this Easter as the world continues to witness the horror of death, destruction and displacement being visited on their country these past few months. Peace and prosperity seem a distant dream. It must be much easier for them to meditate on the pain of Good Friday, or on the emptiness of Holy Saturday, than on the joy and happiness of Easter morning.

And yet when the Lord appeared to his disciples after his resurrection, his opening words were ‘Peace be with you’. His words meant much more than the traditional ‘Shalom’ greeting, for in speaking Easter peace, he also showed his friends the wounds of violence in his hands and in his side – the marks of the crucifixion. He therefore identifies himself to them as both the Crucified, and the Risen Saviour, one acquainted with suffering; his peace is offered through the blood of the cross.

On the third day after the crucifixion the disciples remained locked away, in fear and terror, shell-shocked by the trauma of seeing their hero – their Prince of Peace – tortured, mocked and horrifically nailed to a wooden cross. But on resurrection day, the Risen Lord seeks them out, entering in behind the locked doors and walls of their fear and isolation. He had promised that he would not leave them as orphans and that he would gift them a peace that the world cannot give. Now, following his rejection, suffering, death and resurrection, he returns to reassure their troubled hearts that death and evil will not have the last word. He offers them words of deep peace and comfort: ‘Peace be with you’. ‘Do not be afraid’.

How much the world needs to hear and embrace this message of an Easter peace which does not deny the reality of suffering and death. From Ukraine to Tigray, from Syria to South Sudan, the cross of Good Friday continues to cast its shadow in the suffering of millions caught up in the violence and aggression of war. Mercifully, also, the work of peacemakers and the enormous outpouring of love, welcome and humanitarian aid bears witness to the hope and promise of Easter peace that can never be extinguished by war or hatred. One day families will be reunited, homes rebuilt, livelihoods restored; the deafening noise of bombardment will give way once more to the sounds of bells ringing, and birds singing.

Last month, on Saint Patrick’s Day, we pointed out how war is a defeat for humanity; it represents the failure of politics, diplomacy and dialogue. We also remarked that what is happening today in Europe should help us learn lessons for our own peace process, about the importance of never taking our progress in peace for granted, never giving up on dialogue and the building of bridges and mutual understanding across historical divides. The tragedy of what we are witnessing in Ukraine during these days impels us again this Easter to be peacemakers and never to tire in working for a genuine human fraternity as the only way to resolve differences and conflicts.