The service at The Ballance House, Crumlin, commemorating those who died in the Gallipoli Campaign in 1915.

Those who give their lives in the Gallipoli Campaign of 1915 were remembered when the Ulster New Zealand Trust held its first ANZAC Commemoration since 2019 on Sunday April 24.

The service, held at The Ballance House, Crumlin, is led by different clergy each year, and the Rev Nicholas Dark, rector of Magheragall, finally got to undertake the commitment he made in 2020 when he was asked to take the service, twice cancelled due to the pandemic. 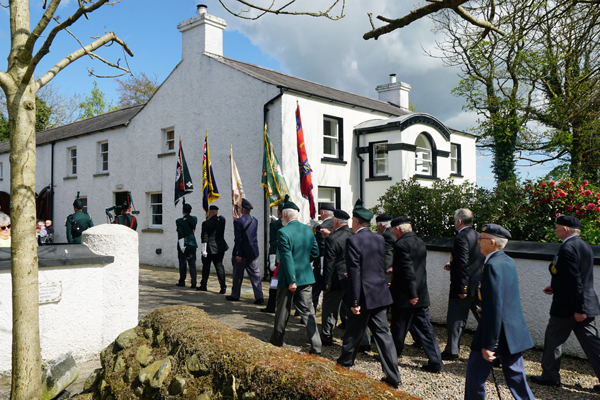 Parading into the ANZAC Commemoration Service at The Ballance House.

During the Interdenominational Service, wreaths were laid by Regimental Associations and individuals.

Nicholas, in his sermon, highlighted the shared sacrifice of local people who fought and died with the ANZAC at Gallipoli. They included Alec Martin, a parishioner of Magheragall who in 1913 emigrated to New Zealand. He joined the ANZAC forces and died at Gallipoli on April 25 1915. Nicholas read Alec’s last letter home, which we share below.

The story of Alec Martin (shared by the Rev Nicholas Dark)

The records of Magheragall Parish tell us that Alexander Martin was the third child of the nine children of John Martin and Isabella Martin (née Mayes) of Hallstown, Magheragall.  In 1913, at age 19, Alexander (Alec) emigrated to Australia and a few months later moved to New Zealand where he was to enlist at the outbreak of war.

He served in the Auckland Regiment of the N.Z.E.F. (Service Number 12/800). After enlisting he embarked for Egypt on 16th October 1914. His last letter home was from Egypt, written on the 9th April 1915, on the eve of a second embarkation and he writes “I think we will find ourselves somewhere about the Dardanelles. Oh it will be glorious to be able to do something. It was awful to lie here in idleness and read of all the fighting that was going on.” 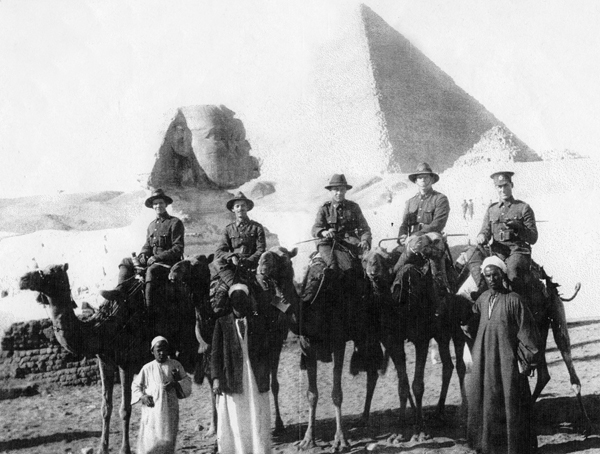 Alec and other ANZAC soldiers during their leisure time in Egypt before he was sent to Gallipoli.

Alec was right, they were destined for Gallipoli. The eight-month campaign in Gallipoli was fought by forces from the British Empire in an attempt to force Turkey out of the war, to relieve the deadlock of the Western Front in France and Belgium, and to open a supply route to Russia through the Dardanelles and the Black Sea.

Alec was just one of the many soldiers who landed on the peninsula on 25th April 1915; Alec was initially reported missing after the first landings; he was subsequently reported killed in action in Gallipoli on the April 25, aged 20.

The family received word from Captain Donne by telegram, and it was worded thus: “Very much regret to inform you that your son Private Alec Martin Auckland Infantry New Zealand Forces previously reported missing, now reported by Court of Inquiry believed dead.”

Following this came an expression of sympathy from His Majesty the King and a letter from the High Commissioner of New Zealand.

A Last Letter Home to Magheragall

My Dear Father and Mother 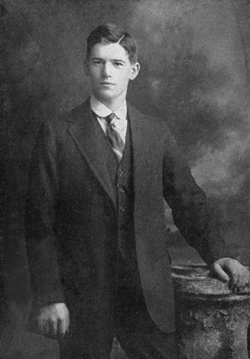 I have stopped in the middle of our packing up to scribble a few lines to you. Goodness knows when I may have the chance to write a letter again. We are going away this time right enough. In fact we were to have left on Wednesday, but I think owing to the numbers of troops in Alexandria things are a bit congested. So we don’t go now till 1.30 tomorrow morning. We have been making many elaborate preparations for the last few days – getting issued with any articles of clothing we may require and with emergency rations etc etc.

We don’t know yet where we are going, and I don’t think we shall until we get out to sea. But I think we will find ourselves somewhere about the Dardanelles. Oh it will be glorious to be able to do something. It was awful to lie here in idleness and read of all the fighting that was going on. I wish that I could think that you were of the same mind as myself in this matter. I am quite prepared for the worst, but still hope for the best. I may as well tell you that we expect to be under fire this time and if by the hand of kind providence I come through safely I shall be more than thankful but on the other hand if I don’t I shall be perfectly satisfied. And I want you to be the same. For myself I am perfectly satisfied whichever way it goes but for your dear sakes I pray God that I may do my part and come safely through.

You need not expect another letter for some time, a few weeks at the least, but don’t worry about me. I’ll take good care of myself you may be sure. From what I can learn we are to have the best boat amongst the lot of transports but will know all about that this time tomorrow.

And now I must finish up and go on packing up. Much love to all and may God help us all until this dreadful time is over is the earnest prayer of your ever-loving son, Alec.