Ballintoy is National Churches Trust ‘Church of the Week’ 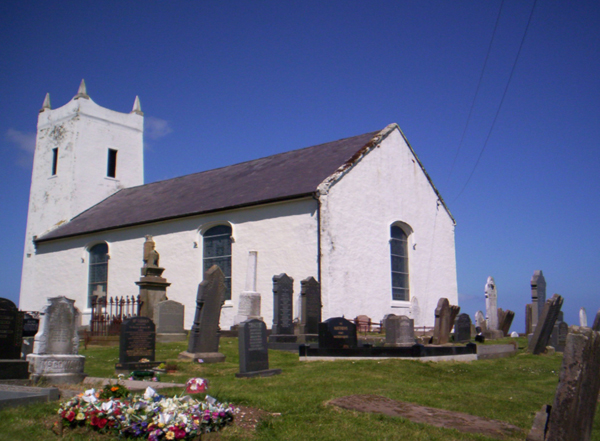 Ballintoy Parish Church currently features on the website of the National Churches Trust as its ‘Church of the Week.’

The Trust works with churches across the UK to maintain historic buildings and keep them thriving.

In 2021, Ballintoy Church was one of nine churches across Northern Ireland to benefit from £200,000 of funding thanks to a grant awarded to the National Churches Trust by the Historic Environment Division at the Department for Communities.

Key features listed on the Trust website for the scenic Ballintoy Church are:

And the article goes gives this insight into the parish and its history:

Ballintoy or ‘Baile an Tuaigh’ means ‘the northern townland’ in Irish.

This church is perched on a hill above Ballintoy Harbor in one of the most scenic locations on the north Antrim coastline. Rathlin Island and parts of the Scottish coastline can be seen out to sea as well as the stunning white cliffs as a backdrop.

The steeple from this church was removed after being damaged by a hurricane that struck the north coast in December of 1894. Part of it crashed through the church roof, headstones were blown over and broken, houses in the village were severely damaged and in some cases demolished, stacks in the fields where scattered and several thatched cottages in the district caught fire and burned. At the harbour, several boats were destroyed and the sea washed around O’Roarke’s cottage (now O’Roarke’s Kitchen) to a depth of four feet.

Inside the church are two beautiful stained glass windows, one depicts Saint Patrick at Slemish mountain, on the wall inside is a plaque to David Elder Jamieson who lost his life aboard HMS Defence at the Battle of Jutland, in the graveyard are the war graves of sailors lost from HMS Racoon and HMS Viknor during the First World War.

If you look on the side of the church you will see another unique feature, a sundial which dates to 1817 and was used to record the movements of the tides. Around 1760 the estate and castle was purchased by Alexander Fullerton who left the estate to his niece with the proviso that the Fullerton surname be retained, hence the Fullerton Arms in the village. On her marriage to Dawson Downing the Downing-Fullerton surname came into being. A relative of her husband Sir George Downing is remembered in the naming of Downing Street in London, the seat of the government. The castle was demolished in 1795 with the oak panelling, staircase, beams and fittings being re-used in Downing College, Cambridge.

Many notable landed families appear on the names of the gravestones here. These include the Stewarts of Ballintoy, Downing Fullerton, and the Stewart-Moore family. The Reverend Robert Trail who died in 1842 and is buried in the graveyard was the longest serving Minister of Ballintoy Church having been here for 66 years.

The area was recently used as the backdrop for filming scenes for the new series of global smash hit fantasy series ‘Game of Thrones.’