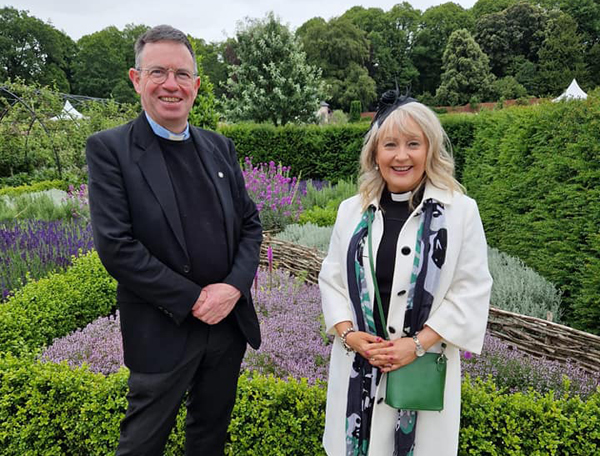 The Rev Tracey McRoberts and Father Martin Magill at a Royal Garden Party at Hillsborough Castle on July 5.

They were invited by the Secretary of State, Brandon Lewis, and Minister of State, Conor Burns. The Princess Royal, Princess Anne, was the guest of honour.

The invitation was extended in recognition of the work Tracey and Martin do together, along with other clergy, across the Falls and the Shankill areas of Belfast.

Tracey said:  “It was a great privilege to be invited to meet Princess Anne and speak with her for a few minutes about her visit to this part of the world and the areas we minister in.”