David recounts fascinating story of adventure in the Arctic 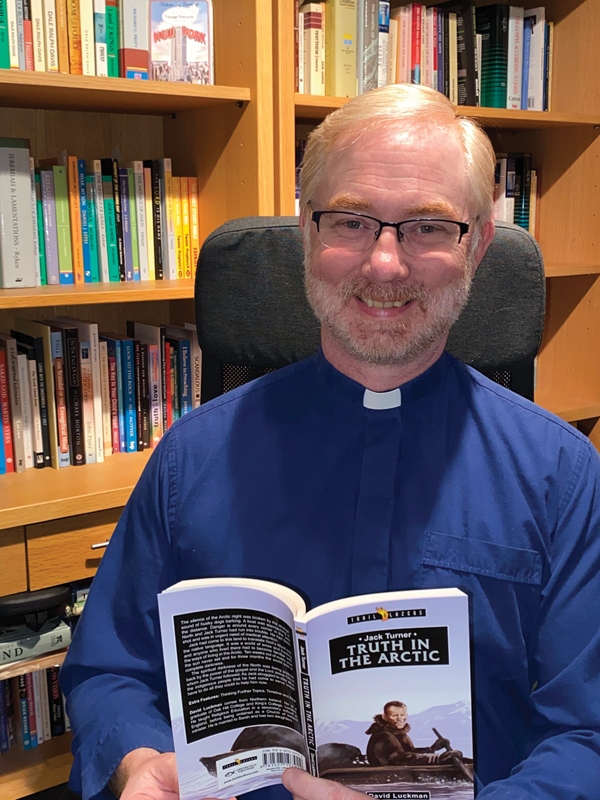 The Rev David Luckman and his first children’s book, ‘Jack Turner – Truth In The Arctic.’

The Rev David Luckman, a member of staff in Lambeg Parish, has recently published his first children’s book – a mission adventure story set in the Arctic almost 100 years ago.

The book, Jack Turner – Truth in the Arctic, is part of the Trailblazer series of biographical books for children aged 10-14 from Christian Focus Publications.

David says: “In the 1920s, a journey to the Arctic was perilous. Most settlements were accessed from Britain just once a year, by boat, and travellers faced the risks of drowning, exposure, and starvation.

“Along came Jack Turner, a BCMS missionary to the Arctic, in 1929. His heart’s desire was to spread the gospel of Christ to the wonderful Inuit people throughout that land, no matter the personal risks he faced.”

David said Jack wanted to translate as much of the Bible into Inuktitut, the local language, so the people could read the Bible for themselves.

“He also translated parts of the Book of Common Prayer into Inuktitut so the people could be biblical, ordered, and clear-minded in their corporate worship of Almighty God,” David said. “He spent many years travelling to local Inuit settlements across the land by foot or dog sledge, travelling nearly 25,000 miles in his time there. But sadly Jack’s service was cut short by an unfortunate shooting incident.”

David decided to write this story a number of years ago after he read a book about the First Twenty-Five Years of the Bible Churchmen’s Missionary Society (BCMS) and discovered the Anglican mission to the Arctic.

In February 2017, David had the opportunity to travel to Baffin Island in the Arctic when he was Ireland Director for Crosslinks (formerly BCMS), and was invited by the Bishop of the Arctic, David Parsons, to teach ordinands at the Arthur Turner Training School in Iqaluit – Arthur Turner was Jack’s older brother who served in Baffin Island at the same time as Jack. 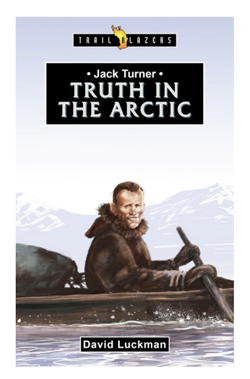 “My time in Iqaluit gave me first-hand experience of the wonderful people, the challenging terrain, and the inclement climate of the Arctic,” David said. “It did prove very useful when writing the book about Jack Turner’s missionary service there.”

He continued: “When I was invited to Bible colleges or churches in Northern Ireland to speak about mission, I would often ask people if they had a mission interest for a particular country in the world. Africa, many hands would go up; South America, many hands would rise; Europe, again hands went up; and when I asked about the Arctic, usually no hands would be raised because it’s not a place that people usually think of in terms of global mission. Indeed on one occasion, someone lightly said it was too cold to go there!

“But there are many people who live in the Arctic, scattered over a vast region, and little is said of the place, or the mission endeavours that go there today.

“It was because of people like Jack and Arthur Turner, laying a good foundation on which to build, that the Church continues to grow to this day. That’s when I realised the importance of telling this story and decided to write the book about Jack Turner.”

The fact that it is set book in the Arctic rather than Africa, South America, or even Europe is what makes this book unique, David says. “It is set in the Arctic at a time when contact with the world was only once a year by ship and in the form of a letter or package,” he explained.

“It is also unique because, unlike many people in the Trailblazer series who would be well known before a book was written about them, Jack is unknown to today’s global Christian family. But his story is worth knowing.”

David is the church planter at Hilden Community Church in Lisburn, which is part of Lambeg parish. He is married to Sarah and has two daughters.

Jack Turner – Truth In The Arctic can be bought in your local Christian bookshop or ordered on line from Christian Focus Publications or Amazon.

David’s second book in the Trailblazer Series, Thomas Cranmer – The Kings Ambassador, will be released in September 2022.