‘A Short History of the Church of Ireland’ – new edition published 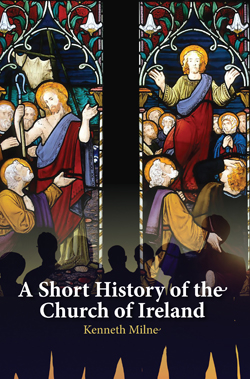 A new edition of A Short History of the Church of Ireland, by Dr Kenneth Milne, has been published by Messenger Publications.

In nine chapters, the book takes readers from the dawn of the Celtic Church – when Ireland experienced a Golden Age of scholarship and culture under its influence – through the Middle Ages, the Reformation and subsequent centuries, and into the most recent 150 years of the Church’s history since Disestablishment in 1871.

This is a ‘sensitive and detailed introduction’ which allows the reader the choice to explore the Church’s history at their own pace, as noted by Messenger Publications.  It will be of interest to members of the Church, and indeed other denominations, and also students studying for state examinations who could find it helpful as they research Ireland’s different church denominations.

In the Preface, Dr Milne recalls that the book’s first edition appeared in 1966, a year after the conclusion of the Second Vatican Council, which brought about a ground-breaking approach to inter-church relations across the world and also on the island.

These relationships were soon ‘severely put to the test’ by the conflict in Northern Ireland, its roots in the revolutionary period of 1912-22, ‘with repercussions for the entire island.’  He reflects: “The leaders of those churches have been reflecting a century later on events of the 1920s, and have expressed their wish to work for greater understanding of the differing political perspectives.  It is to be hoped that the pages that follow make some contribution to this task.”

Dr Milne served as Secretary to the General Synod’s Board of Education prior to his appointment as Principal of the Church of Ireland College of Education.  In his retirement, he chairs the Literature Committee of the Central Communications Board, and is a member of the Commission for Christian Unity and Dialogue and of its European Affairs Working Group.  He also been involved in the Irish Council of Churches and the Irish Inter-Church Committee for many years, and a member of the National Council for Curriculum and Assessment (NCCA).  Dr Milne has published widely on Irish education and Anglicanism, and this is his first publication with Messenger Publications.