The annual Mothers’ Union Women’s Getaway was held on November 4-5 in the Springfield Hotel in Leixlip, Co Kildare.

The event was organised by the All-Ireland reps, Liz Greer and Wendy Halligan.  Six members of Connor Diocese enjoyed a relaxing time at the getaway, which was opened by All-Ireland President, June Butler.

The guest speaker for the event was MU Worldwide President, Sheran Harper.  Friday evening started with introductions and dinner, followed by games.

The programme on the Saturday morning included two inspirational talks by Sheran on the MU theme for 2022 Transformation Now. Sheran spoke about how members should all transform themselves, personally and spiritually, to live out their faith, to transform their churches and communities and to transform MU to be relevant for the 21st century.

Other activities on Saturday included a prayer and reflection session led by Wendy and Liz. The last session of the day was an enjoyable demonstration by African dancers, Sharon and Deborah, who are also MU members.

Sharon explained the different items of MU uniform that are worn by members in Africa, before both ladies performed the energetic dance African MU members enjoy while singing at their meetings.

The getaway concluded with lunch before all the ladies returned home. 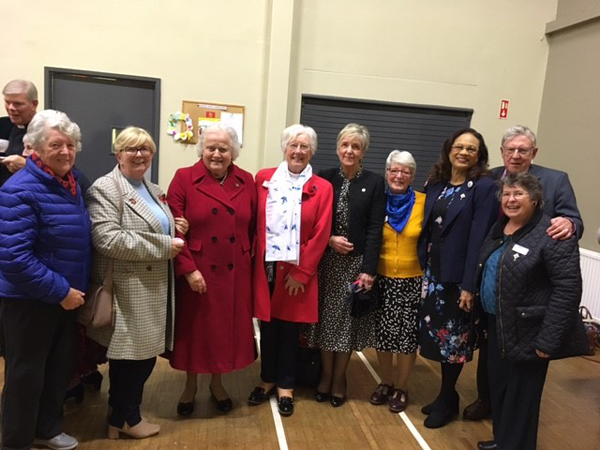