Cushendun Old Church features in Archive of the Month 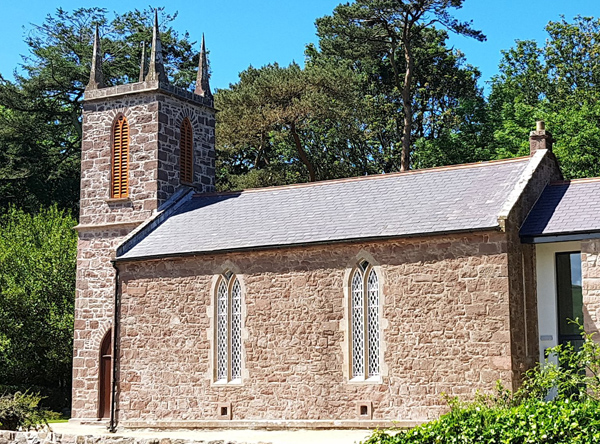 Cushendun Old Church in Connor Diocese is one of 11 churches commemorated in the Representative Church Body (RCB) Library’s Archive of the Month for January 2023.

“The church was originally built in 1840 by Michael Harrison for the benefit of Protestant gentry who previously had no Church of Ireland church in the vicinity.

“It was used until 2003 when it was deconsecrated. The Church of Ireland Gazette of 1 September 2006 reported on the work of the Cushendun Building Preservation Trust.

“In 2019, the building opened as a Heritage, Arts and Community Centre to serve the local community.

Part of the rich tapestry of the Church of Ireland’s heritage and legacy is the subject of church buildings which, like Cushendun Old Church, have closed. Closures can happen due to a multitude of contributing factors, including population change and administrative reorganization.

The RCB Library’s Archive of the Month for January 2023 provides a commemoration of Church of Ireland church buildings that are either no longer in existence or no longer function as churches.

Sylvia, a regular contributor to the Archive of the Month series, is a semi-retired university tutor in education living in Winchester with a long-held interest in Irish history.

The article focuses on 11 specific examples throughout the dioceses on the island of Ireland, highlighting reports in the Church of Ireland Gazette, as well as some beautiful architectural drawings where relevant.

The 11 churches featured are:

As Sylvia notes, this small survey of 11 churches ‘identifies five churches still standing in various states of disrepair, four repurposed churches and two churches that have been demolished. Their congregations, always the minority of the population, were decimated by waves of famine and emigration, with the break-up of the Anglo-Irish estates reducing them further.’

This Archive of the Month is a testament to those churches, and the congregations who worshipped there. Useful background work by the Library’s Assistant Librarian Bryan Whelan provides links from the text to all the parish collections that document each of the featured buildings in the Library’s custody.

The presentation can be viewed at www.ireland.anglican.org/library/archive