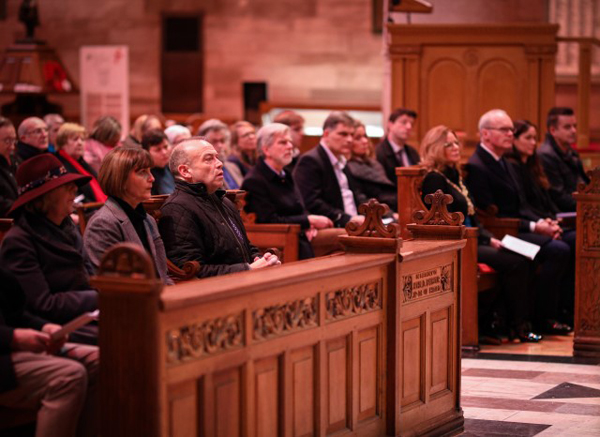 The Irish Council of Churches – one of the world’s oldest national representative church bodies – celebrated its centenary with a special service of worship at Belfast Cathedral on Sunday January 22.

The service, with the theme ‘Celebrating our Reconciling Vision of Hope,’ took place on the eve of the Council’s first meeting 100 years previously on January 23 1923, at the height of the Civil War in Ireland.

Present were representatives from 16 all-Ireland member denominations, including the Most Rev Eamon Martin, Roman Catholic Archbishop of Armagh and Primate of All Ireland, and the Rev Dr Harold Good, former President of the Methodist Church, who both delivered an address. The service was led by the Dean of Belfast, the Very Rev Stephen Forde.

The service also celebrated the 50th anniversary of the Ballymascanlon Talks, which led to the establishment of the Irish Inter-Church Meeting. In 1973, in the midst of The Troubles, the Council began ground-breaking historic talks in Ballymascanlon Hotel in County Louth with senior members of the Roman Catholic Church in Ireland.

Over the course of time, these became formalised as the Irish Inter-Church Meeting (IICM), the means by which the ICC continues to engage and collaborate with the Catholic Church.

The IICM is co-chaired by the President of the ICC, currently the Rt Rev Andrew Forster, Church of Ireland Bishop of Derry and Raphoe, and a representative of the Irish Catholic Bishops’ Conference, currently the Most Rev Brendan Leahy, Bishop of Limerick, who also took part in the service. 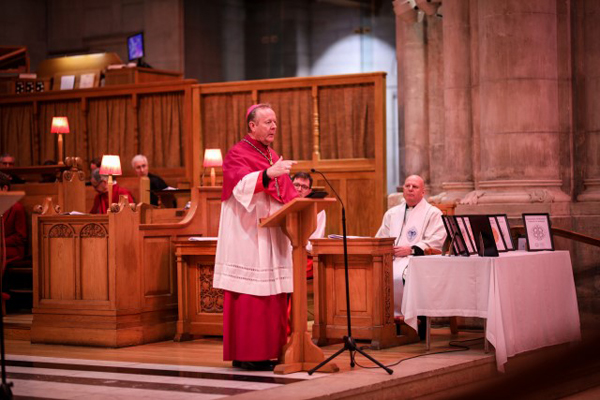 Reflecting on this point in history, Archbishop Martin said: “Peace, reconciliation and forgiveness on this island will only be progressed by bringing to light the truths that remain hidden and festering about our troubled past, and by engaging in respectful conversations across our communities about what we mean by a shared future.

“It may seem ambitious, but might we in the Churches offer to help develop an agreed truth recovery process to address the legacy of pain and mistrust that continues to hang over us? And might our Churches also work together to create spaces for dialogue at parish, congregation and community level so that all voices can be fully heard about the kind of society and values we want for our children and grandchildren?”

The archbishop continued by saying that it was a credit to the pioneers of Ballymascanlon that the congregation in the Cathedral ‘could gather today as true friends in Christ, and much closer companions on the Way, as brothers and sisters who can share each other’s joys and burdens and be open and honest about our successes and our vulnerabilities.’

Dr Good spoke of the Christian Churches bringing humility and hope to realising a vision of reconciliation. He said: “Let us not under-estimate the impact of the words of the late Queen Elizabeth during her historic visit to Dublin, when in humility she spoke of things which could have been done differently, or not at all.

“Just imagine if following this service, each of us was resolved to acknowledge the hurt which collectively – if not individually – we have inflicted upon each other and for which we now seek to be reconciled.”

Dr Good added: “Hope looks at the world as it is and responds with a determination to change it. The shared hope of which we speak is rooted in the unshakeable conviction that if we say and do and be the people that we are called to be, God will not be found wanting.” During his address he also referred to the forthcoming 25th anniversary of the Good Friday Agreement and 60th anniversary of Dr Martin Luther King’s ‘I Have a Dream’ speech and noted that “at the centre of our shared faith is the unshakable belief in Resurrection. And, as the Easter people, it is to us that God has entrusted this Gospel of Hope.” 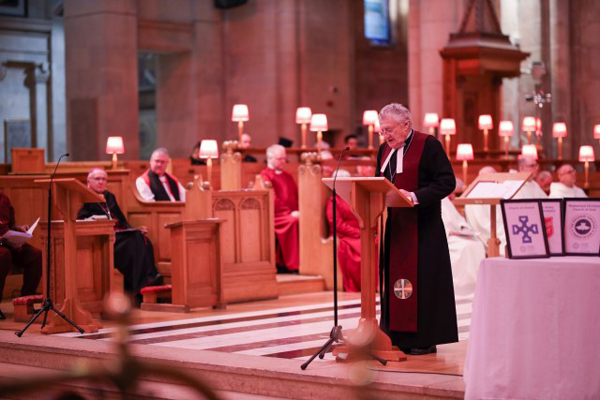 Members of the public joined representatives from the Irish Council of Churches and Irish Inter-Church Meeting at the service along with the Secretary of State for Northern Ireland, the Rt Hon Chris Heaton-Harris MP; the Irish Minister for Enterprise, Trade and Employment, Simon Coveney TD; and the Lord Mayor of Belfast, Councillor Christina Black.

Speaking after the service, Bishop Andrew Forster, as President of the ICC, said: “I would like to thank everyone who took the time to come to St Anne’s today to worship God together and share with us this significant milestone in inter-church relations on this island, especially Archbishop Eamon and Dr Good for their addresses. In eternity, 100 years is but a blink of an eye, not even that, but in the context of our human story a century is a significant moment.”

Bishop Leahy, the IICM’s Co-Chair, added: “I think those who attended each of these historic events 50 and 100 years ago would want us today to be grateful that after all that has happened on this Ireland over the past century we were able to join together to worship God, thanking Him as we continue to pray for the unity that is Christ’s gift to the Church, and for a servant heart. In humility, may we serve and love one another in and across communities and in doing so work for the common good.”