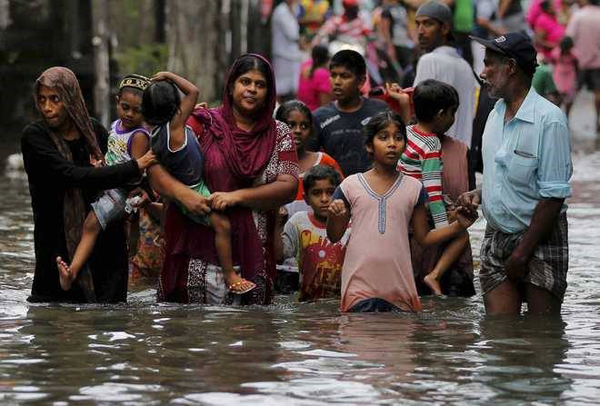 Floods in Sri Lanka have killed almost 200 people and left many thousands homeless.

A Bake Sale will take place at The Hub Chaplaincy at Queen’s University on Sunday June 4 in aid of the victims of severe flooding in Sri Lanka.

The event is being hosted by chaplaincy member, Sri Lankan-born Ishani Ratnayake.

Church of Ireland Chaplain at Queen’s, the Rev Barry Forde, said: “This has been a difficult week for Ishani as news broke just before last weekend of terrible flooding in her home country.

“Sri Lanka remains in the grips of the worst flooding in 14 years, and the bad weather that has killed more than 194 people is expected to continue. Floods have also left about half a million people displaced, the Red Cross reported on Monday.”

Ishani is returning to Sri Lanka early next week, but will host the fundraising Bake Sale this Sunday after church.

Barry said: “She will personally undertake to get any funds raised to the appropriate relief agencies, with the funds raised being utilised to buy clean drinking water and dry rations for the flood victims.”

Anyone unable to make it on Sunday who would like to make a donation is invited to visit a ‘GoFundMe’ page opened by Ishani this week where donations can be made.