A Handful of Light: A retreat for Advent 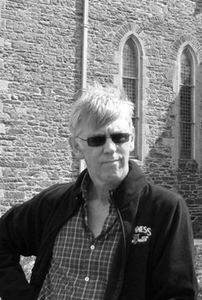 The concept of retreat, a time away for prayer and reflection, is one which has become increasingly popular in recent years. In our busy lives there is often little time for quiet contemplation or meditation.

Many people have however availed of the opportunities afforded by various retreat centres such as Glenstal Abbey, and Mount Melleray to name but a few.

In 2015 the General Synod embarked upon a project to consider the possibility of setting up a centre of community and prayer and in the course of the process set up a feasibility study to examine the level of interest in such a project.

Clergy and lay persons were invited to contribute to a questionnaire. Based on the enthusiasm expressed, the Commission on Ministry decided to hold a retreat.

This will be held from 16th to 18th November in Dromantine Retreat Cente, Newry. The retreat will be led by Canon Michael Mitton.

Michael is no stranger to Ireland as he regularly conducts retreats here. Michael is a freelance speaker and writer and is also part time Fresh Expressions Officer for the Diocese of Derby.

His latest book ‘A Handful of Light’ will form the basis for the retreat. The retreat promises to be a time of refreshment and enrichment as we face into the season of Advent.

The retreat is open to all, clergy and lay. Places are limited and booking forms may be obtained from sandra.massey@rcbdub.org