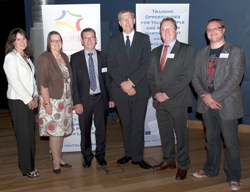 A number of youth leaders from Connor Diocese have received certificates from Youthlink  NI.

Youthlink recently held three presentations between Omagh and Belfast to celebrate the success of more than 600 young people and youth leaders who achieved accredited qualifications through the organisation. 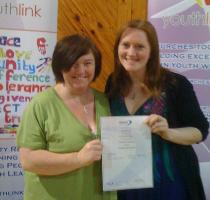 TheVen Barry Dodds, Archdeacon of Belfast, represented the Church of Ireland at the event and gave out certificates along with other leaders from Methodist, Presbyterian and Roman Catholic Churches.

Young people from St Paul’s, Tigers Bay, performed worship songs as an introduction to the event.

Peter Hamill, Connor Diocesan Training Co-ordinator and vice-chairperson of Youthlink NI, said:  “It is great to see so many young people and leaders from across all denominations achieve awards in excellence in delivering youth work. 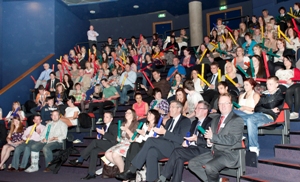