Menu
Home > News > Service for those who have cancer

Service for those who have cancer 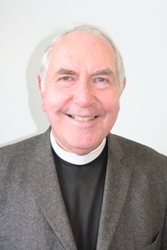 The Director of Divine Healing Ministries, Brother David Jardine, will be holding a special service for those who have cancer on Monday September 24 in St Anne’s Cathedral, Belfast.

This follows positive feedback received after previous services held for those with cancer.

The service leader and speaker for the evening will be Brother David, with worship led by West Church Bangor Worship Group. There will be an opportunity to receive personal prayer and anointing with oil.

The National Statistics Bulletin for Northern Ireland released on April 25 2011 recorded 29 per cent of deaths in 2011 were from cancer; and that this had increased in the previous 30 years by 11 per cent. Divine Healing Ministries’ intercessory telephone team can substantiate the volume of calls it receives for prayer requests in relation to those who have cancer.

Bro Jardine said: “Cancer holds no barriers to age, religion, or social background but prayer to a faithful God can overcome all barriers.

“Although statistics show the increasing risk of cancer, as a ministry we also know that prayer and the laying on of hands has brought healing to individuals and families, in body, spirit and mind.

“That is why the ministry of Divine Healing encourages people to come and join us for this special service. We can report many incidents of great healing and wholeness being received through the laying on of hands and intercessory prayer.”

The service on September 24 begins at 8pm.