The parade assembled at Wallace Park and accompanied by Skeogh Flute Band and McDonald Memorial Pipe Band made its way to Lisburn Cathedral via Seymour Street and Castle Street, returning through the town centre. 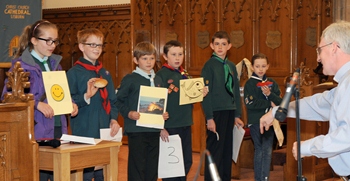 District Commissioner Noel Irwin welcomed the scouts troops and leaders who packed the Cathedral and after leading the renewal of promises, gave out several awards.

The service was led by Lisburn Cathedral rector, the Rev Canon Sam Wright, who gave a talk entitled ‘a breakfast picnic on the beach.’ Canon Wright was assisted by a selection of scouts who found a large envelope under their seat containing a visual aid for use in the talk. 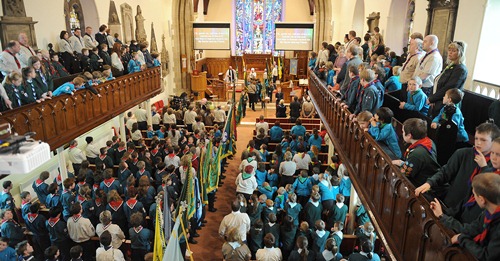