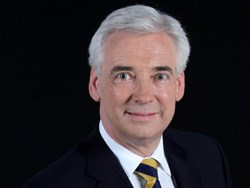 The Prayer for Revival began in June 2009 with a commitment to seven years of prayer. The vision of Brother David Jardine, Director of the Divine Healing Ministries, this event has the support of hundreds of people who pray every day for the renewal of Christian commitment, with all its out workings on the people of Ireland.

Paul Clark, a committed Christian, will share in the day to be held on Saturday June 22 from 10.30am to 3.30pm. Leaders from different denominations will take part.

Brother Jardine said: “While it is heartening to see the progress that has been made politically, our country remains blighted by division. Only a spiritual awakening can address the root causes of division and hatred.”

It is hoped that as in previous years many people will attend.