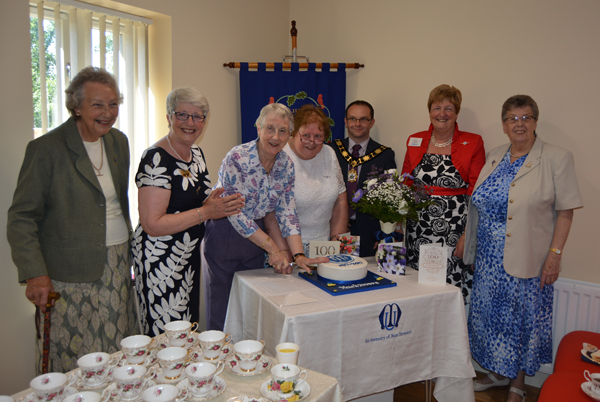 The ladies of Muckamore Mothers’ Union were joined by members from branches in Mid Connor to celebrate their 100th anniversary at a service of worship in St Jude’s Church, Muckamore.

The service on June 18 was conducted by the Rev Canon Derek Kerr. Guest speaker was Mrs Paddy Wallace, former All Ireland President of the Mothers Union.

Sylvia Beacom, branch chair, welcomed everyone before the service commenced; The Mothers’ Union Banner was carried by Lillian Nesbitt, readings were by Ann Moore and Joan Currie, and prayers by Heather Booth and Irene Paget.   A sum of £400 was collected for Worldwide funds, and a memento for the occasion was presented to everyone.

After the service everyone made their way across to the Parish Hall where a delicious afternoon tea was served. Eileen Carson and Jean Scott, two long service members, assisted with cutting the celebration cake which was made by one of the Muckamore branch members. This was a time to catch up with friends!

Muckamore branch was founded in October 1917 by Mrs E Thompson of Muckamore Abbey and Mrs Bannon, the then rector’s wife. The branch was delighted that Mr Richard Thompson, a grandson of Mrs Thompson’s, was able attend this centenary celebration. 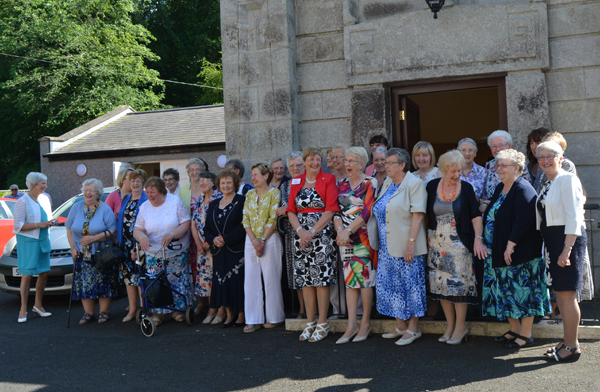 Muckamore MU branch members with Valerie Ash, Connor Diocesan President, to the right of the picture.