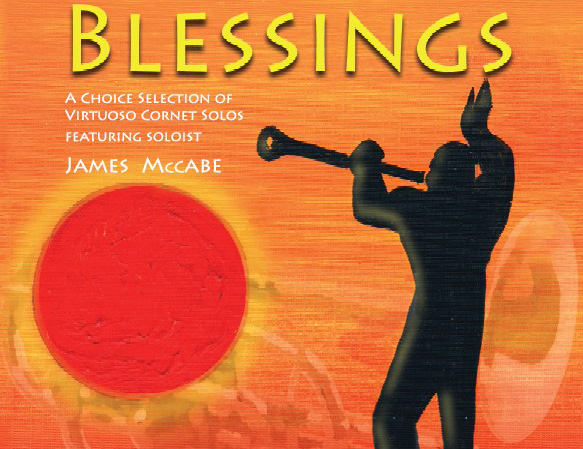 The cover of James McCabe’s CD was designed by Ricky Darling, a parishioner of St Patrick’s, Jordanstown.

Musician James McCabe, a native of Jordanstown and a parishioner of St Patrick’s Parish, has released his first solo album which will raise funds for a Tanzanian orphanage.

James, whose parents are St Patrick’s Church Warden Marshall McCabe and his wife Grace, is a former co-principal of the famous Black Dyke Band from Yorkshire, and a past British Open Cornet champion.

His CD, entitled ‘Blessings’ will raise money for the Tanzanian Christian Farm Development Fund – a home for babies and young children.   The home is run by John and Pauline Tuff from Cullybackey, Co Antrim.

James said: “John and Pauline moved to Tanzania in April 2013 and are now looking after 25 children – and counting!  Funds are required to finish a new building and support the development and education of the children there.” 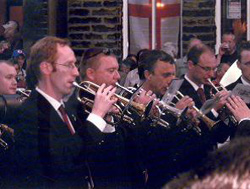 The music on the CD features Belfast Salvationist composer David Catherwood on two tracks with arrangements of popular gospel tunes such as ‘Come Thou fount of every blessing’ and ‘When He Cometh’.

‘Variations on Rule Britannia’ and James’s own arrangement of ‘Bonnie Mary of Argyle’ are also included amongst classical music of Gabriel Faure.

The artwork on the front cover and CD is by another St Patrick’s parishioner, Ricky Darling.  Ricky’s image combines the theme of a brass instrument in a rural African setting along with a young children’s play theme.

Ricky, James and his mum Grace and a number of St Patrick’s parishioners have been out to mission projects supported by Northern Ireland folk in Tanzania in recent years including kids4school and the Leprosy Mission.

The CD in support of the orphanage project is available to purchase from James’s website address:   www.james-mccabe.co.uk .

More information about James and the CD.