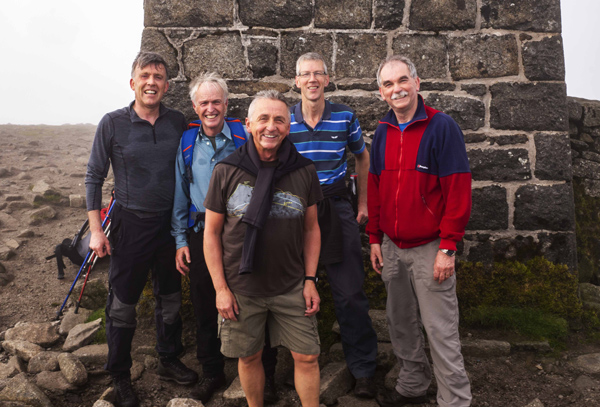 A hardy group of hikers from St Patrick’s Parish, Coleraine, completed the Seven Seven’s challenge in the Mourne Mountains, raising £3,611 for The Alzheimer’s Society.

The group undertook the challenge on Saturday June 22, walking 18 miles and climbing seven of the highest peaks in a trek which took 15 and a half hours.

After a night at Meelmore Lodge Hostel, the walkers made their way to Donard Park in Newcastle for a 7am start. Spirits were high as they walked through the forest and onward along the stone pathway to the saddle between Slieve Donard and Commedagh. 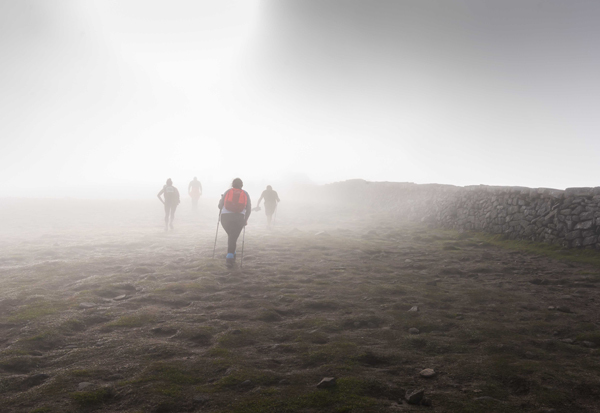 Team member James McDowell said: “With cloud blowing in through the mountains from the south east, visibility was poor on the highest peak of Slieve Donard.

“As we climbed the steep incline the challenge can be in the mind and it’s a victory when behind you.”

The Rev Neill Cutcliffe, retired rector of Mossley Parish, accompanied the group to the summit of Commedagh before returning to Donard Park to meet up with support team members Diane and Patricia.

As the day progressed the sun began to shine and a welcome breeze kept the temperature down.  To reach their third mountain, Slieve Lamagan, the walkers traversed Slieve Beg and Cove mountain before tackling Slieve Binnian.

“The dramatic tors on Binnian have names like The Black Castles, and the views are stunning with the Silent Valley and Ben Crom Reservoirs stretching far below,” James said. 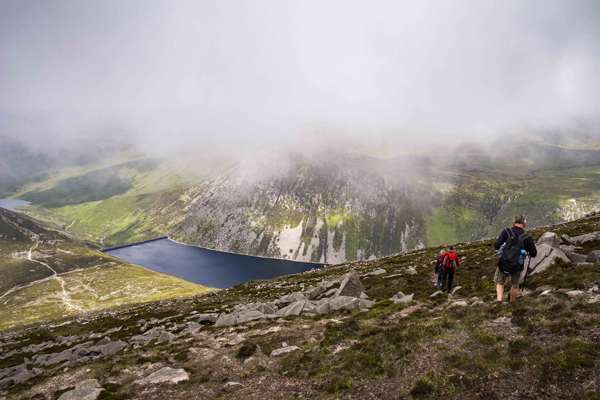 Dramatic views of the reservoirs of Crom and Silent Valley.

“We had to return the way we had come and the group was by now beginning to feel the effects of the exertion and water was running low.  Descending to Ben Crom dam we received a welcome from our support team with more food and water provided.”

After a well-earned rest and replenishment of supplies, the group crossed the dam and proceeded to climb the shoulder of Ben Crom leading into a two and a half kilometres walk through rough grassland and bog passing Doan (Maol Chobha’s Fort) before meeting a hardcore track.

The next phase of the walk took the group up Slieve Meelbeg then Meelmore and finally Bernagh.  “Our pace was slow and steady with the group frequently resting for a few minutes and being careful to rehydrate,” James said.  “The downward treks were as challenging as the upward with the pressure on aching knees; our walking poles were helpful in these situations.

“The final climb to the summit of Bernagh was over rock and scree as we picked our way up and the relief felt at the final ascent was palpable.

“As the sun sank further toward the horizon the mountains took on a warm glow and the beauty displayed was truly astounding.” 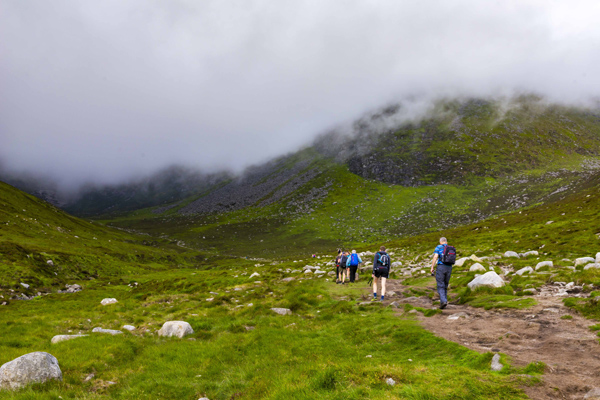 The walkers make their way through the beautiful Mourne scenery.

The group descended to Hares’ Gap and finally a seven kilometre trek along the Brandy Pad, which James said seemed to go on forever, until the challenge ended where it had begun in Donard Park.

“Neil, Diane and Patricia were waiting for us as we came out of the forest at 10.30pm, tired but with a sense that we had accomplished our goal, overcoming our misgivings and self-doubt,” said James.

Total amount raised for The Alzheimer’s Society was £3611.92.

The team, made up of James McDowell, David Green, the Rev Stuart Lloyd (retired rector of Ballymena Parish), William McCandless and Alistair Taylor, was ably supported by the Rev Neill Cutcliffe, Patricia Taylor and Diane McDowell. 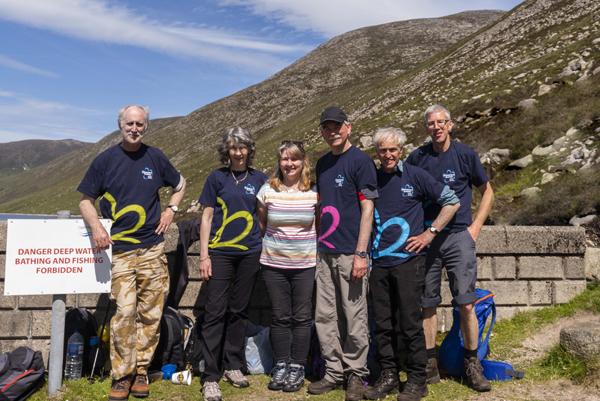