‘You just kind of ploughed on’ Liffey Swim winner recalls 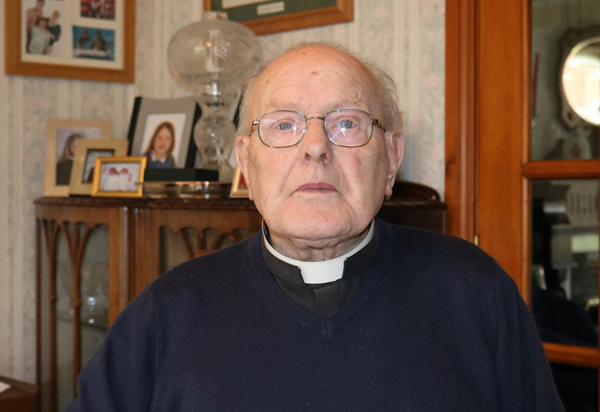 When we reported on the retirement of Canon Ken Ruddock as Diocesan Curate in January, we referred (in awe) to his victory in the Liffey Swim in 1947.

Next year is the 100th anniversary of that swim, and the Irish Times, believing that Canon Ruddock may be the oldest surviving winner of the swim, caught up with the 89-year-old to learn more about his memories of the race.

Canon Ruddock, who now lives in Ahoghill, was the victor in 1947 at the age of just 17, when he was a pupil at the King’s Hospital School. Canon Ruddock told the Irish Times that he knew the route well, as he would often go for walks down along the river. He said he had been a member of the swimming club, and that someone had to come to test his ability before he could compete in the race. 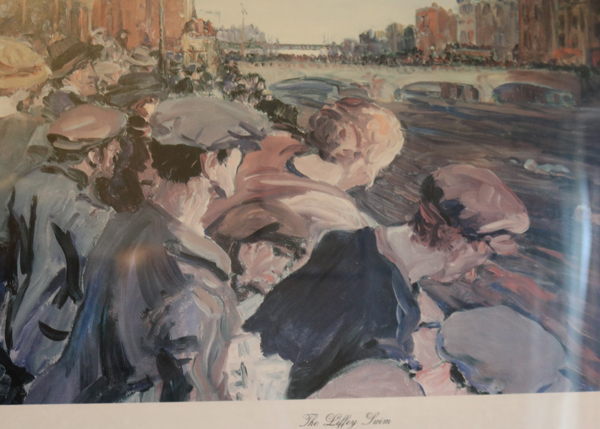 A print of the painting The Liffey Swim hangs in Canon Ruddock’s home.

“When the tide was out it was a smelly concern,” he says. “The organisers made sure the tide was full so it wasn’t as bad.

“You just kind of ploughed on. “It was only when you came to the bridge that you had to put some pressure on and swim a little harder. You had to make sure you were in the middle so nobody could pass you.”

Canon Ruddock never again competed in the Liffey Swim, saying that after winning he was heavily handicapped by the race organisers, and so would have to start further behind the other swimmers.

The Irish Times reports that he narrowly failed to make the 1948 Olympic team, and then he stopped swimming competitively to pursue ordination.

In 1995, on the 75th anniversary of the first race, Canon Ruddock was joined by other past winners to receive a certificate at The Mansion House from the Lord Mayor of Dublin. He attended the race two years ago to present the cup to the winner, and was also awarded a replica of his gold winner’s medal, which he had lost.