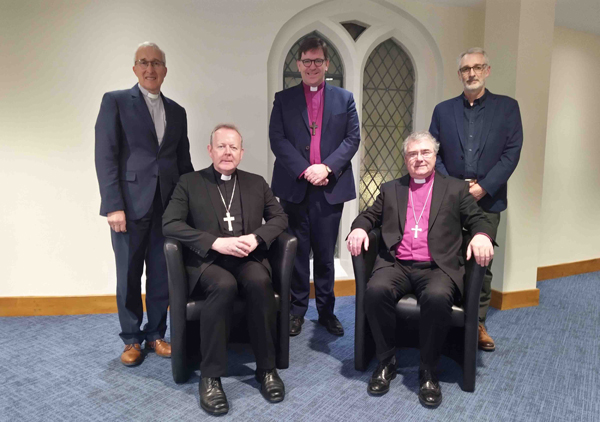 The leaders of Ireland’s main churches have expressed their deep concern at the unfolding cost of living crisis.

In a statement issued on August 25, they say:

“The unfolding cost of living crisis is affecting many households, across the island of Ireland, but particularly those who were already vulnerable and living in poverty. Projections for the autumn point to the situation worsening while too many people are already struggling to afford essentials like food and fuel and are in real danger of losing their homes, health or lives.

“As leaders of Churches with a presence across the island we are deeply concerned by what we are seeing on the ground, with the increasing energy and food prices disproportionately affecting the most vulnerable, often leaving people with impossible choices to make, missing meals, and falling into arrears on bills.

“We are also deeply concerned regarding the government response in both jurisdictions, in meeting immediate needs and also in relation to longer term strategy. In Northern Ireland, the Good Friday Belfast Agreement created a statutory requirement for the Northern Ireland Executive to produce an anti–poverty strategy on the basis of objective need. Almost 25 years later and this has never been agreed or produced. Likewise, in Ireland a cross–party anti–poverty strategy is badly needed to address issues in a comprehensive and effective manner.

“We want to join our voices with many others, calling for more practical support to be delivered urgently through direct government initiatives in both jurisdictions and also via grassroots charity and community partnerships. This must go hand in hand with a longer term refocusing of government policies to deliver real and meaningful social justice and eliminate poverty across this island.

“Followers of Christ have always been called to serve the poor, not just through acts of charity, though these continue every day in ways large and small, but through the pursuit of justice and mercy. It is our shared vocation to witness to Christ and to protect the dignity of those made in God’s image, and so we are compelled to speak up in this moment, out of concern and in hope, for the good and flourishing of everyone in our communities.”

The Rev David Nixon
President of the Methodist Church in Ireland