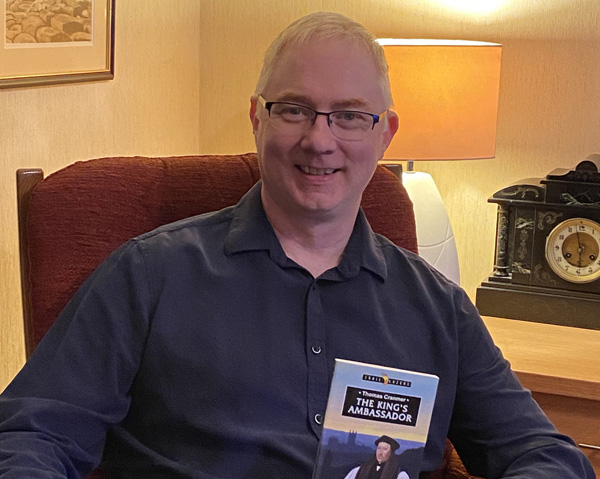 Thomas Cranmer – The King’s Ambassador is the latest book written by the Rev David Luckman, a member of staff in Lambeg Parish.

The book, aimed at children aged 10-14, is published by Trailblazers series of Christian Focus Publication. It is an introduction to the life and ministry of the man who spearheaded the 16th century English Reformation, Archbishop Thomas Cranmer. 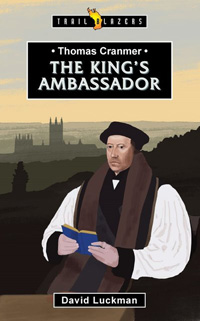 From humble origins in Aslacton, England, Thomas Cranmer rose to prominence and power in the court of King Henry VIII. He sought to use his influence for the glory of God and the advance of God’s kingdom in England. This path was dangerous for Archbishop Cranmer. He often experienced persecution and rejection from his peers, but he had the affection of the two Kings of England under whom he served (Henry VIII and Edward VI), which gave him a certain degree of protection during his ministry.

David said: “Ultimately Thomas Cranmer was the ambassador of King Jesus in the realm of England, and this ministry would cost him everything.”

David has a passion for Church history. “Over the years, I have been interested by the incredible story of Thomas Cranmer as a trailblazer for church reform in England, which began during the reign of King Henry VIII,” he said. “The Trailblazers from Christian Focus Publications is an excellent biographical series for children, and it seemed right to have a book about Thomas Cranmer alongside other Christian trailblazers, such as Martin Luther, Helen Roseveare and Jack Turner.

“Hopefully this book will encourage young book lovers to dig deeper into the rich Christian heritage of the past for themselves. I have found that learning about the difficulties and successes of other people’s lives and ministries can be a great encouragement and help when things are tough going at times.”

He added: “I hope the book will inspire readers to faithfulness in Christ; to patiently endure hardships for Christ’s sake; and to remember that even when we get things wrong – and we can get things wrong badly at times, as Archbishop Cranmer did towards the end of his life – that it is by Christ’s grace alone and not our merits that we are saved to eternal life.”

Copies of Thomas Cranmer – The King’s Ambassador can be purchased directly from Christian Focus Publications, Amazon, or any Christian bookshop.

David’s first book, Jack Turner – Truth In The Arctic, was published in January 2022. He is currently working on his next book, Adventures In Acts, for publication next year.